One hundred and forty three collections of freshwater amphipods located in the Biodiversity Research Collections, Department of Ecology and Evolutionary Biology at the University of Connecticut, Storrs, CT were completed since 1959. Forty three collections were done by several researchers and professors and one hundred additional collections were done by me since 1988. All major drainage basins were investigated except for the Southwest Coast and the Hudson Rivers Drainage basins. Eight amphipod species were found. No new amphipod species in New England are being reported.


The following eight maps indicate the different amphipod species and their drainage basin location within the state of Connecticut.


Data indicate that different amphipod species appear within particular drainage basins and in one case (Gammarus pseudolimneus, Bousfield, 1958) may show postglacial drainage basin changes between the Farmington River and the Quinnipiac River. One species (Synurella chambernaini, Ellis, 1941) may have habitat preferences, as it is only found in the southeast in Red Maple swamps.
List of Amphipods found in CT. 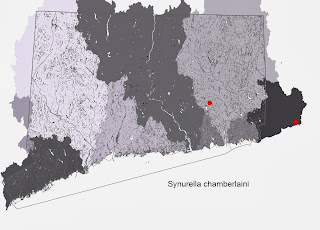 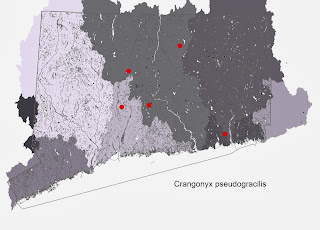 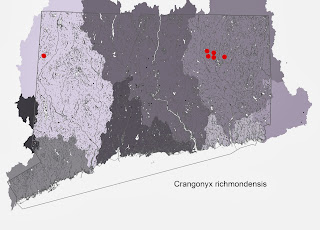 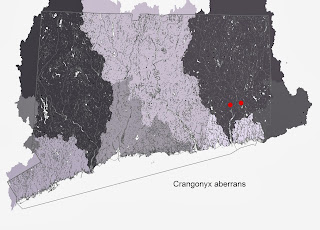 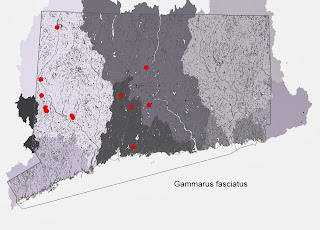 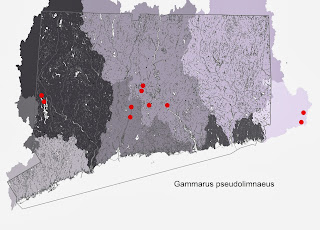 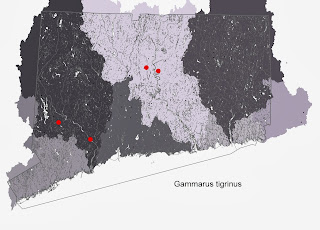 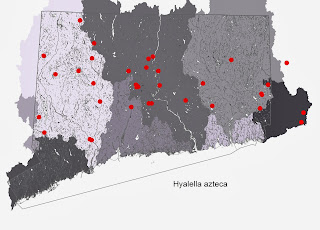 Posted by Alberto Mimo at 3:58 PM No comments: